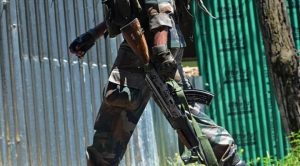 An unknown gunmen have destructively shot a pro-India politician along with his father and brother in Kashmir, police said, in a first known attack against India’s ruling Hindu nationalist Bharatiya Janata Party (BJP) members in the disputed region.

Police hold responsible the rebels fighting against Indian rule in the Muslim-majority Himalayan region for the attack on Bari, who was an executive council member of the party in the region. He was reported to be 35 years old.

He helped the BJP to strengthen its base in the region and was considered the face of the party in Bandipora district.

Ram Madhav, the party’s national general secretary, said in a tweet that he was “shocked and saddened” by the killings.

No rebel group has claimed responsibility for the attack.