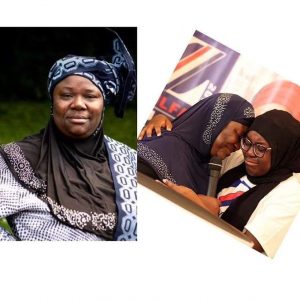 A U.S-based Nigerian lady, Zulfat Suara, has become the first Muslim elected to a Metro seat in Nashville history
.
The certified public accountant faced Islamophobic comments and threats on the campaign trail, but she also built a broad coalition of support.
.
.
She burst into tears as she received a hug from her daughter, Safiyah, before her speech at her watch party, on Thursday, in Nashville, Tennessee.
.
.
He path started in Nigeria and led to Tennessee in 1993 when her husband was offered a fellowship at Vanderbilt University in Nashville. .
.
It quickly became her home, with Zulfat founding an accounting firm in 1998 which worked with several counties.

With a full-time job, a daughter and a husband, Suara had a full plate, but she decided she wanted to run for one of the at-large seats because not only is her expertise right for the gig, she knows the city well and wants to serve. 📷: Wade Payne/TheTennessean