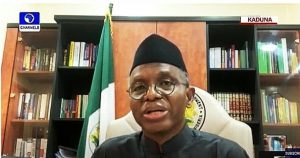 The state governor, Nasir El Rufai, disclosed this in a late-night tweet on Saturday that the casualties were confirmed in Makarfi and Zaria Local Government Areas of the state.

He elucidated that the deaths involved a senior citizen from Makarfi and a lady from Zaria.

As said by him, the two new cases include a male from Igabi and a female from Chikun Local Government Area of Kaduna.

The state confirmed its initial death from COVID-19 on May 2 – a pensioner civil servant.

The victim was said to have obscured his travel history to Kano and died before the result of his test came out.

This brings the number of deaths from COVID-19 in the state of Kaduna to three now.