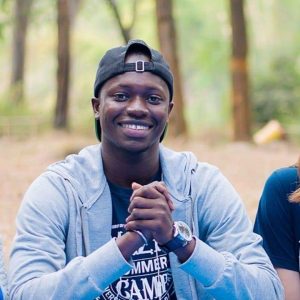 Afrinity Production draw attention to a 28 year old trailblazing climate change activist Omar Malmo Sambou. For being insistence on planting trees for green earth Gambia which has put the climate change crisis on the front pages and has inspired many young people around the Gambia to take action. He is an Environmental Activist and an accredited Multidisciplinary Researcher. 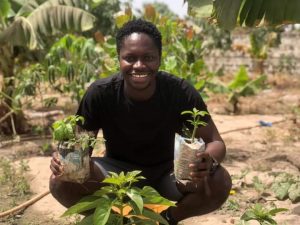 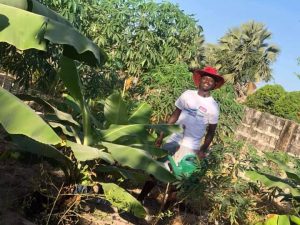 Omar won the green Awards at the 2020 TFN Heroes Awards and has over ten years of experience in voluntarism and activism on environment and climate change in The Gambia. He is a Lecturer at The University of the Gambia and currently a Doctorate Student in Environmental Science at the University of Brawijaya, Malang, Indonesia.

Omar also served as the 13th President of the University of The Gambia Students Union and President of the National Union of Gambian Students. He is a former course instructor at The Gambia College and a radio presenter on contemporary environmental issues.He chose this work because of his passion to impact positive change in his society.

His journey is characterized by passion, determination, trust and belief. Like many other young people, “it’s tough but the tough get going” he said.

Malmo Jnr is passionate about planting trees and discussing environmental issues, though he have no idol growing up but he is inspired by the Former Minister of Environment, Pa Ousman Jarju and Bubu Pateh Jallow who is the Lead Climate Change Negotiator for The Gambia at the UNFCCC.