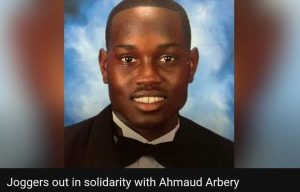 A bigger jury in the US state of Georgia has recently charged three white men in the killing of unarmed black man Ahmaud Arbery in February, officials say.

Travis McMichael, his son Greg, and William Bryan were indicted by Glynn County’s Grand Jury on charges including malice and felony murder.

Mr Arbery, 25, was jogging when he was shot dead during a push and pulling with the father and son on 23 February.

The occurrence in Brunswick was captured on a video, drawing a national outcry.

Reacting to the jury’s charged, Mr Arbery’s mother, Wanda Cooper-Jones, told NBC Nightly News: “At this point I do believe the case is moving in the right direction.

Meanwhile, a lawyer for Mr Bryan, who filmed Mr Arbery’s death on his mobile phone, has maintained that his client was merely a witness.