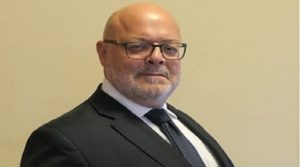 Mr David Belgrove, OBE, has been ‘appointed’ British High Commissioner to The Gambia in replacement to Ms Sharon Wardle who will be moving to another diplomatic service appointment.

A statement from the British High Commission yesterday said Mr Belgrove will take up his appointment in August 2020.

“From 2015 to now Mr Belgrove has been serving as ambassador to Liberia.
He served as deputy head of mission in Sudan from 2012 to 2015, and Chargé d’Affaires in Monrovia from 2010 to 2012. From 2009 to 2010, he served as deputy head of Afghan Interdepartmental Drugs Unit at the British Foreign and Commonwealth Office and headed the Counter-Narcotics Team in Kabul from 2007 to 2009.

“From 2004 to 2007 he was the team leader of the Peacekeeping and Peace building Section, Conflict Issues Group at the Foreign and Commonwealth Office
From 2002 to 2004, Mr Belgrove served as head of section and security sector reform manager for the Caribbean team. He also served as the first secretary, head of media and public affairs in Ottawa, Canada from 2000 to 2002.
The father of two is married to Mrs Mette Ofstad”.