What Is In For Unconnected Stars in the Gambia? 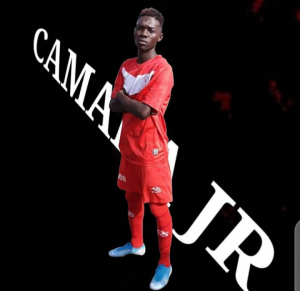 Afrinity Production draw attention to Unconnected footballers in the Gambia, who despite their amazing talent in football, are still left unnoticed. 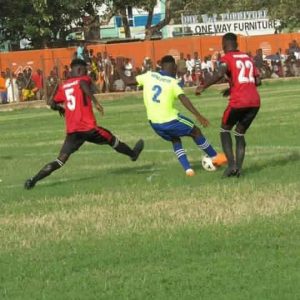 Gambia Football has witnessed youngsters who grew up in slums to become professional footballers, but some good players have had the hardest thrive in the history of Gambian football.

Alieu Camara commonly known as Oscar.jr who is born and raised in Fatoto Camara Kunda is not an exception.

In his childhood dreams, Alieu saw himself as a great football player, even as he faced the harsh realities of living in the rural Gambia. Pushing from his passion and playing football for 18 years now. With teams like Songdeh Fa, Bronx and TK Ajex.

Alieu’s first year to play a proper Nawetan was in 2017 in which he played for Canble Town, he also played for Daruusalam Manjai and Kanifing layout in 2018 in which he emerged victorious.

This was indeed a drastic push for his football game and was later called for his zonal in the same year and that’s the time he realized that he was born to play football.

Alieu needed focus on the way further despite having a great Passion for football, he decided to balance game with more hard work every day.

We can’t say Gambia have ignored many underprivileged youngsters with their talents. But there is a little truth to connection of circumstances to a great level than those who have no connection at all.

He said he can’t say he have great experience but he is also proud to play for good teams in the country despite not coming from the urban Gambia.

The young star is currently playing for second division and always praying for a break through soon.

“Yes we have a great Passion for football, in the Gambia we are not playing for money but for the love of game and always hoping for a break through,” he said.

Alieu is currently playing for the Red Hawks, training hard and also praying for his time soon. “Am sure big things are going to come my way, cause am a good soccer player,” he concluded.

Posted in Featured News | Comments Off on What Is In For Unconnected Stars in the Gambia?

The Truth About KG And LIZZy (Previous Post)
(Next Post) EU member states urged to impose arms embargo over Khashoggi’s killing and the war in Yemen.
Previous Image