“Activism is in me”- Saidina Alieu Jarju 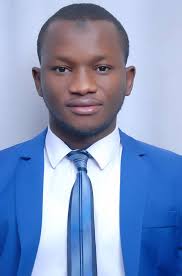 Afrinity Production draws attention to Saidina Alieu Jarjou a renowned activist, leading blogger and a revolutionary who serves as the voice for the voiceless. He attended Nusrat Senior Secondary School and hold a bachelor’s degree in management at the age of 22, Postgraduate in Gender & Development Studies and currently pursuing a master’s in public administration. He also has a series of national and international certificates and diplomas including that of the University of Johannesburg.

He started his career as a National Volunteer Teacher posted at Fatoto Senior Secondary School where he taught Business Management and Commerce. Months down the line he picks up an administrative job at the Food Safety and Quality Authority of The Gambia (FSQA). While at FSQA he had a contract at the African Union Commission to worked in the Bureau of the Chairperson based in Addis Ababa, Ethiopia. His job description includes producing the Spokesperson’s daily news updates, drafting press releases, statements, messages and facilitating interface with journalists, media organs and organizations and helping in managing the Spokespersons office.

Growing up in The Gambia, his inspirational drive was captivated by the works of Thomas Sankara the former President of Burkina Faso and drew his inspiration from the experiences of Gambians and Africans both those home and abroad. He is humble and hungry for knowledge and open to learning more innovative things. “This life is about impacting lives positively – I stand for the truth and speak up for subject or areas which may be taboo for better humankind”, he said.

Saidina has proven track record of working with the senior-level management support, human resources management, performance management, communication, project design and implementation, as well as coaching, counselling, and training. He has a strong ability to streamline processes and foster professional relationships within organizations for better service delivery in achieving its mission and vision statement.

Saidina describes himself as an outgoing personality, open minded, creative, love adventures, and always take a calculated risk for the greater good and see no limits in working hard to excel in life. His purpose in life is to make a positive change for better humankind. He is known to be a team player, willing to lead or follow, eager to learn and he is self-motivated, self-starter and passionate to contribute and make a difference for an improved society, especially the marginalized group.

“Growing up as a child in the rural Gambia I was confronted with poverty and all forms of injustice with inadequate access to healthcare, social amenities, communication, as well as development. When I came to the urban Gambia, I realized that the system has failed to provide basic human rights needs to the rural dwellers including myself. This and many other untold issues forced me to take part in the struggle in liberating and fighting for the rights of women and youth of rural Gambia. I am of the view that by amplifying our voices someday the authorities will come to their senses and respond to our plight. The war against liberation, fairness, justice is a relay race – we all need to partake in it in our ways, we are all duty-bound to contribute positively towards it” he lamented.

Saidina has been volunteering for organizations for over 10 years now and still counting, at both national and international level including formal and informal organizational setups.

When asked how activism is in the Gambia, he said, Activism has gotten its meaning twisted. Many are into it for personal gains, to defend a group, defend their ideology, defend their party or clan. As a result, it is not an easy journey in being an activist in The Gambia. This is because, according to him, the Gambia as a nation is not ready for change. That has been said, activists are painted with a black brush not knowing that they are fighting for a cause to promote, social, political, economic, and ecological reform with the desire to adjust in the populace toward a perceived greater good and an improved society for all despite religion/race/culture/age and status. He said activist needs to stand up to be counted, sadly – many fails at the first time of asking.

Saidina works via the media, writing open letters, articles to those in power, duty bearers and meeting those who matter and giving speeches as may be required. “It is a job which is not timebound – always available to share the knowledge gained. It can cost some money to be effective and efficient in a country like the Gambia where internet access is so expensive”, he said.

When asked what he dislikes about the course he is trying to change, he said and I quoted “as the famous proverb goes “when some are digging some are busy burying the hole” this is indeed something he dislikes most. At some point your efforts become meaningless. However, despite the bottleneck, he is always motivated to keep moving toward achieving the goal.

Saidina finds inspiration in a variety of people and things across the globe. But the people that inspired him the most and those that he looks up includes his late mentor, Dr Saja Taal, Edward Francis Small and his able Commander-in-Chief, Julius Malema of the Economic Freedom Fighters.

Saidina does not have one goal but the one that stands out for him is the passion he has in taking part in the struggle and liberating the marginalized until there is a just and fair society that will treat all equally.

The Young Gambian Activist cannot do without his consent, “I would not do anything if my consent does not dictate me to do so. I always follow my consent”, he concluded.