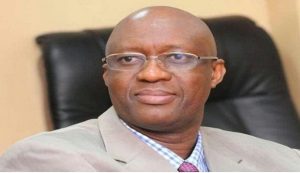 The Commissioner General of the Gambia Revenue Authority has said government has no authority to reverse a verdict made by the shareholders of the Banjul Breweries Limited to stop their operations in the country.

Yankuba Darboe was among important government officials and members of the National Assembly choosing committee who met the BBL officials on the announced decision to leave.

He also added that one thing government can do is to hope and commit “other interested buyers to take over the company, if discussions to encourage current owners to stay in the market fail.

“Banjul Breweries is one of the tax compliant companies, paying a lot of taxes and also contributing in terms of employment. In any case, you can only take a horse to the river but you cannot force it to drink”, Darboe said during the interface with the management of BBL who appeared before the assembly committee on trade yesterday to explain their decision to close down operations in The Gambia.

The GRA boss added: “Government can do all kind of encouragement to them, but if they want to withdraw, there is nothing we can do other than hoping for the best that there may be other interested buyers and then we will work with those people.”

Banjul Breweries make it known that their closure of operations in The Gambia citing “technical and economic reasons informed by an increase of excise tax” by the government last year but the increase was later amended from 75 to 35%.

Commissioner Darboe said the company has be fond of a lot of tax incentives from the pass and the current governments, claiming that their closure is far away from tax trek as stated.

“I think the shareholders wanted to give up because otherwise they would not have closed the company while negotiation is ongoing with government and until I see some magic happening, I am not hopeful that they are coming back.” Darboe said.