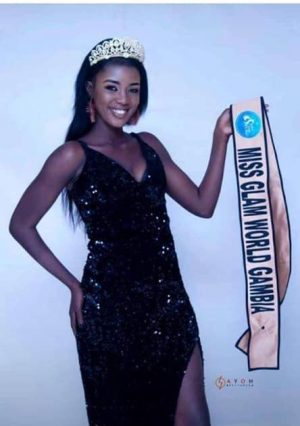 Kaddy Samateh is a living example of beauty with brains, not only does she have charming and attractive features but the queen is also a woman Boss. Kaddy also contested in many beauty pageants before auditioning for the 2019 Miss West Africa Gambia 2018 contest wherein she gained fame and caught everyone’s attention.

Afrinity Production draw attention to her numerous achievements and for her overwhelming participation in pageants since 2013.

Coming from an average family of 6 beautiful ladies, her family is her backbone and they are people who love her with everything they have and supports her in anything she is doing, and she love them a lot too.

For her being a beauty queen in The Gambia is very challenging and is not easy at all compared to other countries, due to the misconceptions surrounding the industry. 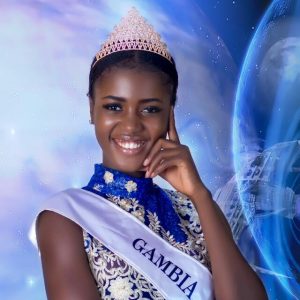 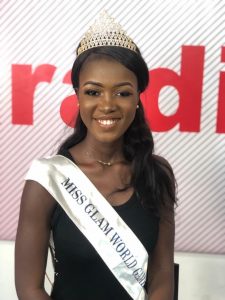 Kaddy contest in pageants because she want to use the platform to support the less privileged people and to also use the platform to advocate for women’s rights, FGM, Child marriage, rape, Sexual and Gender Based Violence (SGBV) and a host of other segments that are dragging women behind, with beauty pageants she believe her voice can be heard. 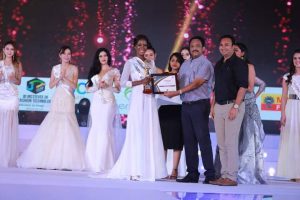 Kaddy’s first international pageant was Miss Glam world which took place in India in April 2019. Which was an opportunity given to her by Buddy’s promotion as a package for her winning the First Runner Up title in the Miss West Africa Gambia pageant. Out of 37 countries she made to the top 15 and won the Miss Personality Award. The journey for her will not have been possible without the support of the First Lady of The Gambia.

She is inspired by risk. Starting something she have no idea how to finish, witnessing people go for something new anything that has the potential for failure (but not total disaster) gets her heart pumping.

Samateh don’t dislike anything about the pageant world because for her pageant is the only platform that can change one’s life for good and help you make an impact in other people’s life as well.

Kaddy look up to the following people; her Mom who is her biggest inspiration, Merci Johnson a Nigerian Actress whom she look up to her personality and the way she interpret her script which is one thing she will want to learn from her and Miss universe Catriona Gray 2018.

Queen Samateh’s goal is to change the narratives and misconceptions surrounding beauty pageants in The Gambia and Africa as a whole. 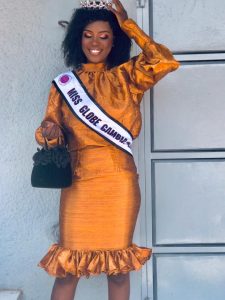 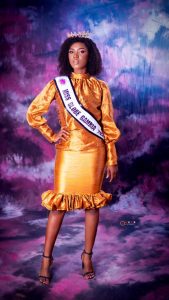 She is currently preparing for Miss Globe 2020 and we wish her the very best.

Posted in Featured News | Comments Off on Beauty With Brains?