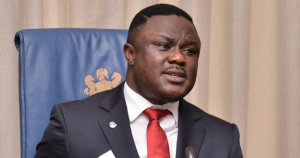 The anticipated radio broadcast of the presentation of the 2020 budget by the Cross River State Governor, Professor Ben Ayade on Friday did not take place as the budget proposal was not ready.

The Director General of the state Budget Office, Abeng Onoh, confirmed to journalists on Friday in his office in Calabar that the budget would be ready by next week.

According to him, “When the governor asked us we told him we have not finished. I just finished speaking with the consultant.

“By Wednesday or Thursday (next week) the budget will be okay. The problem why the budget was not finished is not from us but the consultant. The network was always fluctuating. Sometimes he will come and sit down for the network to come up. It was not the governor’s fault.”

Onoh, who did not disclose the name of the consultant, further explained that, “What happened is that nearly all the states are operating 52 digits while we are still operating 35 digits mode of codification of projects in the budget. The whole world are using 52 digits. So we are converting from 35 digits to 52 digits. We have not really finished.

“If you look at the capital expenditure, the coding has geo-location. If you have a project in Obubra, any person who sees the code on the internet will know the location is Obubra. Likewise projects in other local governments. In the Federal Government budget, it is the states that are used as codes. It is also operating the 52-digit code.