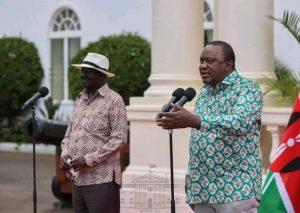 Kenya Shares Its Census Technology With Other African Countries
On April 1, 2021 In Latest News

Speaking at State House, Nairobi during the handing over of the donated gadgets, President Kenyatta said Kenya is ready to share its expertise in ICTs with other African countries in the spirit of African solidarity and fraternity.

“Under the auspices of the South-South cooperation, which is the technical cooperation among developing countries in the global south, my Administration is ready to support other African countries to enable them undertake their census.

Kenya successfully undertook its first ever digital national population and housing census in 2019 powered by locally assembled ICT equipment and software, including tablets, servers and their accessories.

Buoyed by the success of the 2019 census, the Head of State said the country is now in a position to share the technology with sister African nations.

“The use of digital processes enabled the results to be released in record time. From that experience, we have been able to roll out digital services across many government services, increasing speed and efficiency of service delivery,” the President said.

He termed the donation of the census gadgets to the five African countries “a rare fusion of pan-Africanism and the information age” and noted that other African countries among them Uganda, Tanzania, Botswana, Namibia, and Liberia had made study tours in Kenya to learn from the country’s census success.

“…we join hands with our brothers and sisters and we say to them that they can count on Kenya’s unwavering support in every single aspect of their national life as we continue to make this continent more prosperous for its people and for future generations,” President Kenyatta said.

The Head of State, who was accompanied by former Prime Minister Raila Odinga, also fielded questions from the press on several national matters including availability of the Covid-19 vaccine and the recently announced pandemic containment measures where five counties were put under partial lockdown.

On vaccines, President Kenyatta assured that no body who has received the first dose will miss the second one.

“It is a fact that there is a global challenge in accessing vaccines (Covid-19) but we are working day and night to ensure that the vaccines are available,” the President said.

On cushioning those hard-hit by the containment measures, the President said the matter will be addressed on a case by case basis and urged members of the fourth estate to help curb the spread of the virus by exposing those flouting the Covid-19 protocols.

Former PM Odinga said although Kenyans are facing difficult economic times, they should not let their guard down in terms of combating the Covid-19 pandemic.

He expressed optimism that the Government will devise a way of mitigating the negative economic effects of Covid-19, especially on the most vulnerable in the society. 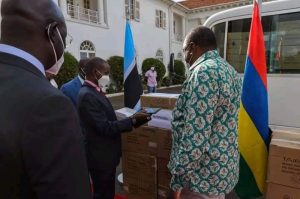 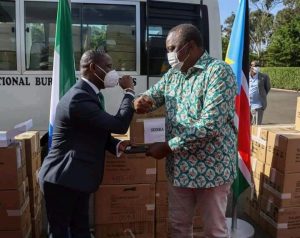 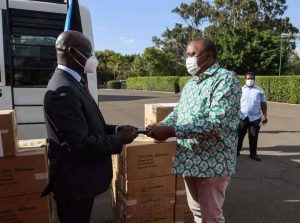 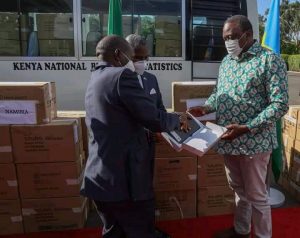