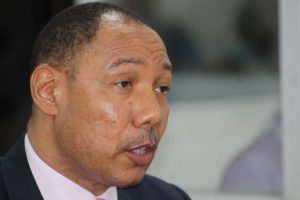 The Gambia Government has accepted the recommendations made by the Janneh Commission against former leaders of the AFPRC Military Government.

Mr Ebou Jallow, Mr Edward Singhateh, and Mr Yankuba Touray were all soldiers of the Gambia Armed Forces and together with former President Jammeh, constituted the Armed Forces Provisional Ruling Council (AFPRC) in 1994. They held various positions in Government including Spokesperson of the AFPRC, Vice Chairman of the AFPRC, and Minister of Local Government, respectively.

The Commission found, inter alia, that they were involved in financial dealings of the AFPRC and its Chairman former President Jammeh.
The Commission found that the AFPRC forged diplomatic relations with Taiwan in the expectation of obtaining financial aid for their Transition Programme. Taiwan gave The Gambia a loan of $35 million. The Commission found that Mr Jallow negotiated for $5 million cash payment of the said loan on the instructions of former President Jammeh which was bought to The Gambia by special flight and presented to the AFPRC. Mr Jallow and Mr Edward Singhateh deposited the amount of $2.3 million at the Central Bank of The Gambia. $2.7 million has not been accounted for amidst claims that it was handed over to former President Jammeh. Mr Yankuba Touray was responsible for supervising the Transitional Programme projects.

The Commission found that the AFPRC failed to account for $32,220,000 of the loan from Taiwan, and that they are jointly and severally liable or answerable for the amounts not accounted for. The Commission noted further that the ouster clauses under the Second Schedule of the 1997 Constitution do not apply as the members of the AFPRC were not acting in the performance of their official duties or in exercise of their executive powers when they operated outside the framework of the law and/or misappropriate public funds.

The Government accepts the findings of the Commission in so far as they relate to Mr Ebou Jallow, Mr Edward Singhateh, and Mr Yankuba Touray. The Government has noted that the collective actions of the AFPRC in overthrowing a democratic government in 1994 set the stage and substantially enabled former President Jammeh perpetrate and perpetuate the unprecedented looting of The Gambia’s meager resources to the detriment of the country.

Mr. Ebou Jallow, Mr. Edward Singhateh and Mr. Yankuba Touray are hereby ordered to pay back to the state the sum of $32, 220, 000 within 30 days from the publication of this White Paper failing which their properties will be forfeited to the state and sold. The proceeds of sale shall be applied to the payment of monies for which they are found to be liable for in the report, in addition to criminal proceedings to be instituted against them.