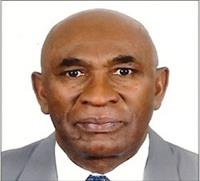 State House, Banjul, February 6, 2020 – His Excellency, Mr. Omar Gibril Sallah, The Gambia’s ambassador and permanent representative to Saudi Arabia and the Organisation of Islamic Conference, led a high profile Saudi delegation to meet with partners in government and non-government bodies in Banjul.

Following their meeting with His Excellency President Adama Barrow at the State House last week, where the envoy expressed gratitude to the President for The Gambia’s stance on the Rohingya, they also met with Her Excellency, first lady of The Gambia, Madam Fatou Bah-Barrow at her office.

The first lady and the delegation held discussions around ways of enhancing the agenda of her foundation in support of the health of women and children to complement the efforts of the government of The Gambia.

The Saudi delegation met with the minister of Justice, Aboubacarr Tambadou to discuss the next steps in the peaceful resolution of the conflict besetting the Rohingya before the world judicial body, the International Court of Justice (ICJ).

“The meetings were meant to further promote bilateral relation between Saudi Arabia and The Gambia, as well as engage religious groups in the country to promote religious dialogue among them,” Ambassador Sallah told the press before departure to Riyadh.