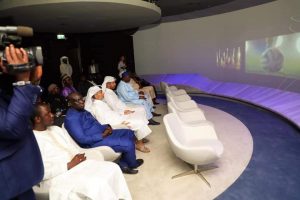 On the sidelines of the three-day official visit in Qatar, President Adama Barrow was taken on a conducted tour of facilities being built ahead of the 2022 FIFA World Cup in Doha.

President Barrow, who was visibly impressed with the tour, said his experience was inspiring and shall be a learning curve for him and the government in the effort to successfully organize the Organization of Islamic Conference Summit in The Gambia the same year. 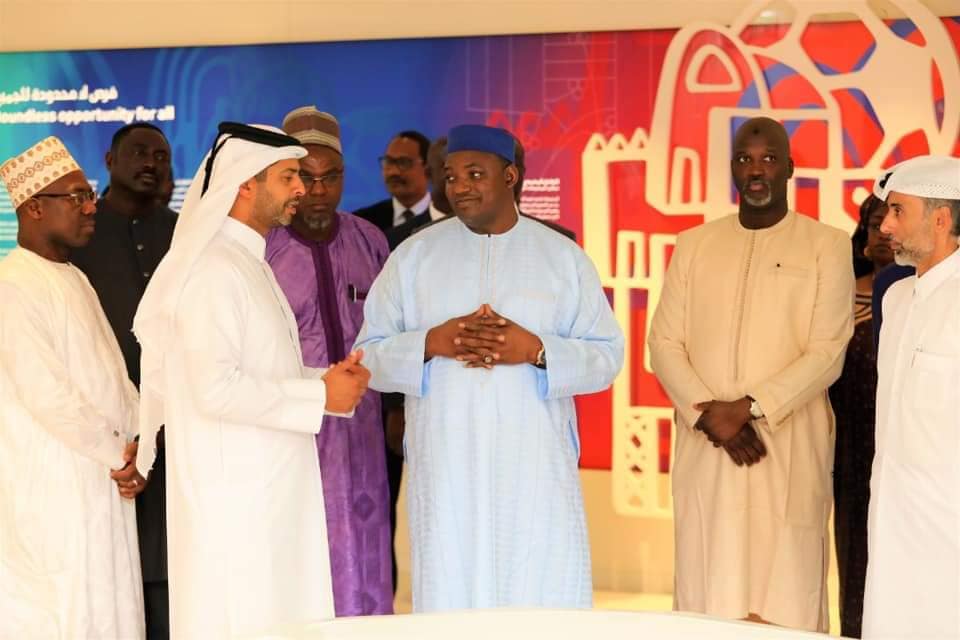 “The coincidence that Qatar and The Gambia are both small countries but would be hosting two global events in 2022 is a blessing’’, President Barrow said. ‘’Key in the hosting of such events is the development of the road infrastructure to ease travel as well as the venues with modern facilities to host world-class events”

Accompanied by His Excellency, Abdulla bin Abdulaziz bin Turki Al Subaie, Minister of Municipality and Environment, who is in charge of these infrastructural developments, President Barrow went to see an ultramodern train station, an arts exhibition center, and the headquarters of the Supreme Committee for Delivery and Legacy, the body responsible for organizing the hosting of the World Cup, among others.