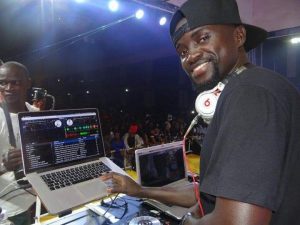 Music, in all its most diverse styles and modes of enjoyment, is pervasive in the youth’s life, following them in different daily situations, each one with its own sound track. Music not only dominates the youth’s daily life, but also their social relations: the musical consumption among the youth is, in fact, a major marker of communities’ taste and DJ’s works hard to bring that taste to reality.

Afrinity Production draw attention to Lamin Camara, commonly know as DJ Kanu, a Gambian DJ and entertainer. The 2016 pretigious Radio Presenter winner of the year and also nominated for the 2017 radio personality of the year, now he is UK based and ready to Continue what he love doing, DJ’ing.

As DJ’s main responsibility is for the selection, mixing, sequence and, in some cases, production of music that make the bodies to move in the dance floor, DJ Kanu has a unique protagonism in the electronic music culture. Presently, his protagonism exceeds the more underground youth scenes, ascending to the limelight in the Gambia and outside: in fact, he acquire the social statute of a celebrity, of a super star. 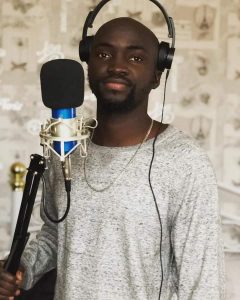 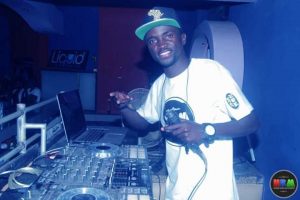 His DJ career started as a hobby and later as a full time DJ and he have been doing it for over a decade now. It all started in 2004, where he use to be playing in ceremonies, birthdays and anniversaries, it was until 2012 when he started playing on Radio stations.

Fast-forward a few years and many many experiences in between, he became known in different communities around the Gambia both locally and internationally for his amazing choice of mixing songs.

For Kanu, being a DJ in the Gambia is easy and the same time difficult, the easy part for him is everyone can be a DJ as long as you know how to play music and can also do the transition. As per the difficult part of it, is on how you going to bring yourself in the limelight and be known for your work.

He added that, getting yourself a sound system is also an important part of a DJ’S life. Due to the lack of structural institution in the Gambia, DJ’S have to work hard to make this things available at all time.

Kanu is not just a DJ, he is a well known Entertainer and a promoter, he is known by almost all the recording artist in The Gambia for his availability and the playing of Gambian songs for the past years of him being in the entertainment industry.

When ask why he focus more on Gambian songs, he said “am a proud Gambian and I realize that I have a role to play and contribute my quoter to the industry”.

Lamin works with Black lynx (the organizers) for 6 years, Paradise FM and later to Afri Radio until he later get his recognition from Gambian artist and started working with few artists and got booked for their shows an launchings.

The well known Gambian DJ have worked with many popular artists that have been known to be the focal point of the Gambia music scene. Such as, Gee Bu Balla Gaye, Silky Christ and Team Kunda.

Kanu open to us about his dislike of being a DJ in the Gambia, he based on the lack of respect from the people, he feels like they don’t celebrate the way they should do. “Especially when working with some institutions, they don’t seem to give you that value and respect you deserve and that can affect even your payment”, he lamented.

Kanu’s professional goal is to be an international DJ, where he will be producing, “being a DJ is not enough, you have to be a producer as well. And by producing your music that’s going to put you out there and build you more”, Said Kanu.

He also want to own an institution where all DJ’S can benefit from it and get good payment for their work.

Posted in Featured News | Comments Off on Gambia’s Most Popular DJ Kanu!