Get Inspired By Cherno. 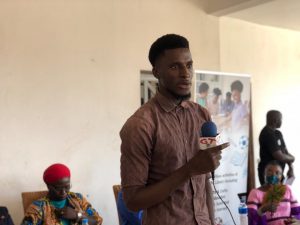 We all know Cherno’s story already, but that doesn’t make it any less inspiring.

There’s nothing easy about being a poet. Essentially, anyone who manages to get their voice and poetry published without already being a reality TV star is an amazing genius.

Afrinity Production draw cognizance to Cherno Gaye, a law student at the university of The Gambia, and a well known Poet, currently working for the TRRC as the deputy coordinator of the youth and children unit. 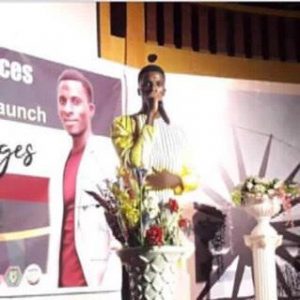 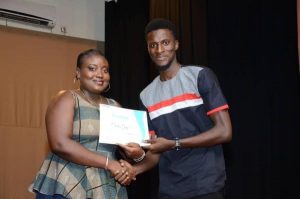 Poetry for him has been the ultimate expression of absolute freedom, it made him who he is. There are no limits to the things he can do with poetry. It empowers him to inspire and empower others, and that to him is a manifestation of meaningfulness in his efforts. In short, it helps him add value to his life and the lives of others.

So the next time you want to give up on a dream, or go live in the forest because everything just seems too hard, draw inspiration from this amazing story of Cherno.

Cherno refuses to be dragged down by anything, he always try to make that dream come through, if hard work and commitment is all it takes then he is proudly locked and loaded.

Growing up has really been interesting for him, he was born and raised in the provinces, did his school there from grade 1 to 12 he then came to Kombo and picked it up from there. There’s been a lot of challenges for him, but then that’s what he believe life is all about and he is grateful that he have been able to knock down everything that ever stood in front of him to reach to where he is.

What inspires the Young poet is in his junior school, they used to have two girls who were very vocal, every monday and Friday they come to the assembly and address the the students. The girls were so good at speaking that he thought they were super humans or something, and even though he never spoke to them, they are perhaps the biggest inspiration that led him to pick up public speaking in general. 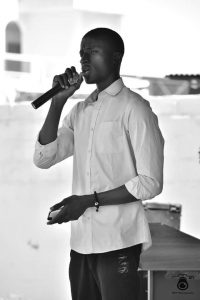 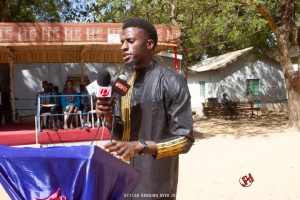 Cherno choose to be a poet because it is the greatest tool of communication. Music is poetry, every good literature is poetic, the Quran is poetic. He can be as creative and crafty as he want with the language whilst delivering relevant messages and being entertaining at the same time. Poetry is the most complete art for him.

When asked what he dislike about the Gambian poetry scene, ” I ’d like to narrow this down to Gambia, I’d like for poetry to have a bigger national platform. I am personally taking steps to make sure this happens, we will be having the Open Stage Poetry Festival very soon Insha’Allah. I’d also like to see poets recognized better and paid better”, he said.

Cherno cannot do without his laptop, his phone and earbuds.

He is also an entrepreneur, he produce paper bags as an alternative to plastic. Thereby limiting the disposable plastic which is bad for thé environnement. Paper is environment friendly and biodegradable, so he is trying to deliver a solution. It is on a small scale right now, but he hope to grow and expand.

Posted in Featured News | Comments Off on Get Inspired By Cherno.