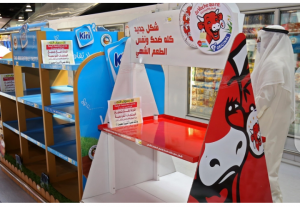 Afrinity Production draw attention to Several Arab trade associations who have announced the boycotting of French products, protesting the recent comments made by President Emmanuel Macron on Islam.

Earlier this month, Macron pledged to fight “Islamist separatism”, which he said was threatening to take control in some Muslim communities around France.

According to Aljazeera, he described Islam as a religion “in crisis” worldwide and said the government would present a bill in December to strengthen a 1905 law that officially separated church and state in France.

His comments, in addition to his backing of satirical outlets publishing caricatures of the Prophet Muhammad, has led to a social media campaign calling for the boycott of French products from supermarkets in Arab countries and Turkey.

Nigerians Killed Before, During, And After #EndSARS Protests Must Get Justice – Gbajabiamila (Previous Post)
(Next Post) Get Inspired By Cherno.
Previous Image