Get Inspired By Hussein! 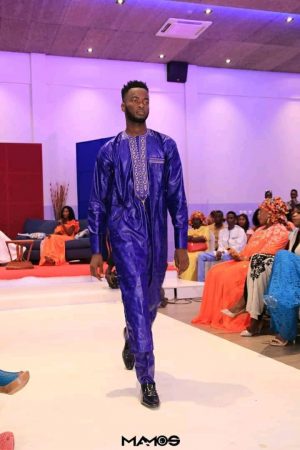 Afrinity Production draw cognizance to Hussein Gaye, a Fashion-Creative and a first generation college graduating in Economics and finance at the University of The Gambia. A Former Runway Model and a commercial , Worked as a brand Ambassador for companies and use education as a great tool for advocacy.

Coming from a family of 6, predominantly women and being raised in a typical wollof family, has thought him to care for others. He did a lot of soul-searching to understand who he is and what he can contribute to a rapidly growing economy. With high levels of unemployment, pollution due to the burning of discarded clothes and with it’s increasing daily occurrence

The Young self made Hussein is the founder of HUSSEIN’s CLOSET, a clothing brand based in the Gambia, geared towards addressing climate crisis and unemployment gap. A student leader who initiated a successful Nationwide Campaign that focused on encouraging young people to venture into their passions. 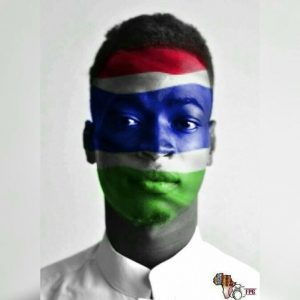 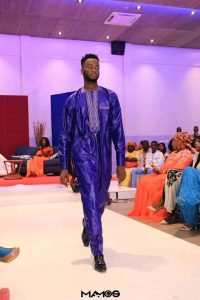 Hussein’s Closet is a brand he started while studying at the University of the Gambia. This idea was acknowledged and even after his completion at the university, he is still supplying and designing hoodies for students, faculty staff, and professors thus, contributing to building his brand professionally. The brand is basically focused on men’s wear ranging from all types of clothing to all categories of men.

Hussein’s interest is to address the major challenges facing the world such as climate change, species extinction, pollution, poverty, and inequality. This realization provides him with a unique and exciting opportunity to rethink, redesign, and rebuild a positive future for business practices.

As a career path, he chose modeling in 2015 at high school after been awarded “Nusrat Most Handsome” which is frowned upon in a very conservative and religious society like The Gambia. However, he persevered on his choice not only for personal reasons but to also serve as a role model in the industry for young models especially men. His first agency was Linguerr and Damel Modeling agancy – later , he decided to work on his own as a freelancer. 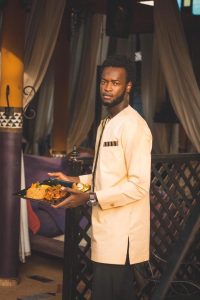 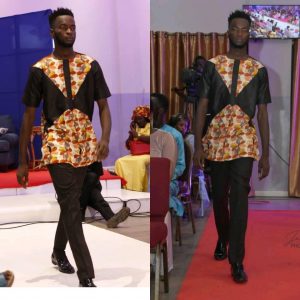 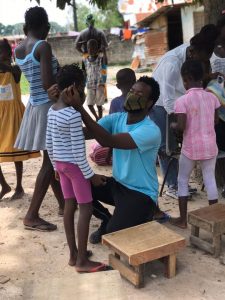 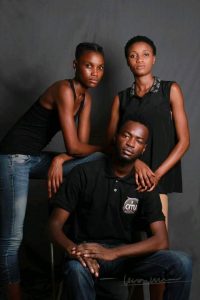 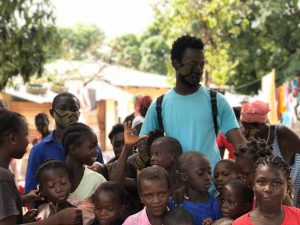 Due to the fragmented nature of the industry and the discrimination it attracts, he co-founded the Gambia Models’ Union to serve as a platform and voice for positive change. He also revitalized the Union and designed fundraising strategies including monetization through the selling of branded t-shirts and caps which generated income for the organization. In 2018, under his leadership, the team hosted their first live television runway and exhibition on QTV. The event attracted 25 fashion designers and reached a live and virtual audience. This resulted in an increased income and wages for models which had a great impact on all of them and left them with gratitude, alongside campaigning on the hashtags #RecogniseGambianModels.

Hussein worked with several designers, fashion shows both within and outside The Gambia! He was the model to be featured at the first ever insight University of The Gambia Magazine! Through modeling and mingling with designers and fashion minded people , he was inspired to Launch his own brand H-Closet in 2019. In 2017, he was selected to be the representative for Mister Africa in Nigeria and mister model international in the USA.

Currently, he is the communication and information officer at catch them young-Gambia. A fashion entrepreneur and an influencer. Also as the assistant manager for Miss Smiling Coast and national director for 2 major international pageants! He wish to persue his studies in either Economics, Finance, Business , entrepreneurship or design. “This is what I do and aiming to achieve as my journey continues , as I’ve not even gone quater way”, he make known.

He is Passionate about youth-empowerment, global leadership and innovation, through Arts and Entrepreneurships.

What is Hussein’s Professional goal?

“The next big challenge for society is to transform our economy and to incorporate the principles of sustainable entrepreneurship and design in our higher institutions and the tourism sector. The fact that none of our higher learning institutions offer courses in sustainable fashion and innovation is a great concern. Thus, I would be able to execute the knowledge and skills acquired from my studies to achieve two major objectives; i.e. to bridge the unemployment gap and mitigate the environmental and climate crisis ( through recycling ) ” he said.

Hussein cannot do without prayers , food, and the great people around him.

Posted in Featured News | Comments Off on Get Inspired By Hussein!