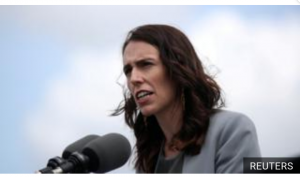 The prime minister of New Zealand, Jacinda Ardern, has postponed the country’s general election by a month amid a spike in coronavirus cases.

According to Aljazeera, the vote was due to take place on 19 September but will now be held on 17 October instead.

Ms Ardern said on Monday that the new date would allow parties “to plan around the range of circumstances we will be campaigning under”.

Earlier this week, the country’s largest city went back into lockdown.

“This decision gives all parties time over the next nine weeks to campaign and the Electoral Commission enough time to ensure an election can go ahead,” Ms Ardern said, adding that she had “absolutely no intention” of allowing any further delays to the vote.

The opposition National Party has argued the election should be delayed as restrictions on campaigning mean Ms Ardern had an unfair advantage.

The announcement that new cases had been discovered shocked the country, which had recorded no locally transmitted cases for more than three months.

Before the new cluster was identified, the government had lifted almost all of its lockdown restrictions, which were first imposed in March.

New Zealand has reported more than 1,600 infections and 22 deaths since the pandemic began, according to figures from Johns Hopkins University.