Parliament vote for or against Constitution Promulgation Bill 2020 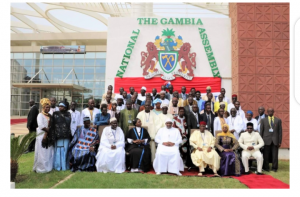 Afrinity Production disclose the National Assembly Members (NAMs) yesterday’s vote for or against the Promulgation bill 2020, which will require 44-member to let it go for referendum in January 2021.

According to Point, If the Yes-vote is less than 44 out of the 57 legislators, then the Bill will be rejected – meaning another opportunity will not be given to hold the referendum.

The National Assembly has 53 elected members with five being nominated by the President, bringing the total number to 58. Out of 53 elected lawmakers, one has passed away in January 2020 with his seat being vacant until today.

Nonetheless, it is important to note that the speaker is not eligible to vote.