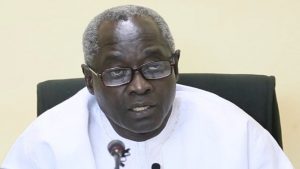 The PDOIS is asking former Vice President Fatoumata Jallow-Tambajnag to clarify whether there was an amendment in the original text of the Coalition agreement which was signed by its members; and if so, whether the amended version has been signed too.

Below is the letter addressed to Ms. Jallow Tambajang:

The media houses have been approaching PDOIS for explanation whether the text of an amendment to the 17th October 2016 Coalition agreement had been agreed upon and signed by coalition partners. We are not aware of the crafting and signing of any text purporting to be an amendment to the original text signed by Coalition partners and are therefore finding it difficult to give accurate information to the media, on the subject matter.

It should therefore be highly appreciated if you would clarify whether any document purporting to be an amended version of the coalition agreement has been signed. If such a document exists please forward it to us before Monday, 7 October 2019, when we intend to issue a Press Releasse on the matte