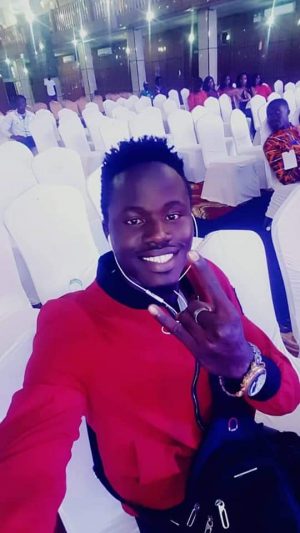 Afrinity Production draw cognizance to Samba Camara also known as SMC the Fatototarian, a 24 year old rising musician born in Kantora, Upper River Region. He attended Fatoto lower basic and then proceeded to Upper Basic, then to Fatoto high school. He is a Tailor who is also good at sewing.

The talented rising star have produced six songs, three of which is produced at one of the well known studios in the Gambia, the starlzz record and the others at different studios.

Growing up in Fatoto, music had always been his dream in life since the Young star was a kid and still loves it. He discloses of his late Dad telling him he will be a great artist due to his love for music.

Through extraordinary grit and perseverance, Samba hopes across the globe in beating the odds and achieving his own rags-to-riches stories.

Samba choose music because it’s a Noble and respected profession in the Gambia where he can motivate many through his songs. However, he also try to incolcate the right messages in the minds of the youth, trying his best to make his songs interesting by making his fans happy.

He is working alone as of now and have no sponsor, he is moving forward by the advice of those in the industry and outside and also working hard for his music to be released.

Samba was inspired by the coming of outsiders artist who normally come to Gambia. Especially when movado came to the Gambia for a concert, he felt like he can really be like, that he just need to work extra hard. He is also inspired his fellow Gambians artist who are pushing forward the music industry in the country.

Samba dislike the abusive words enmity put forward by some Gambian artists and some who are trying to stigmatized the artist especially the beginner instead of encouraging them.

He looks up to JIZZLE because of his amazing voice and we’ll written lyrics.

Samaba’s professional goal is to improve his music skills to become an expert in the music industry, get sponsors and also make a living out of it. Which includes; downloading his music on YouTube, sharing his songs for the world to know him.

Posted in Featured News | Comments Off on Samba Camara is Literally Inspiring.