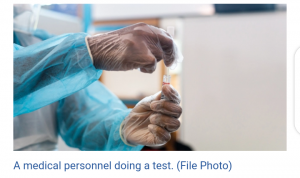 Afrinity Production confidently disclose to you a research undergoing in Singapore which has devised an experimental treatment approach that causes cancer cells to self-destruct without the use of drugs, according to a paper published in the scientific, peer-reviewed journal ‘Small’.

The treatment, which is still only in the experimental stage and has not been approved for human use in any known territory, has been tested on mice where it killed about 80 per cent of breast, skin, and gastric cancer cells, which is comparable to conventional chemotherapeutic drugs like Cisplatin.

The treatment makes use of a ‘trojan-horse’ nanoparticle coated with a specific amino-acid – L-phenylalanine – that cancer cells rely on to replicate.

The nanoparticle, which is approximately 30,000 times smaller than a strand of human hair has been codenamed Nano-pPAAM by the research team domiciled at the Nanyang Technological University in Singapore.