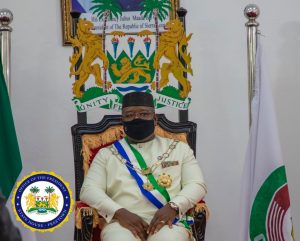 Present at the day’s ceremony were His Excellencies President Nana Addo Dankwa Akufo-Addo of Ghana, who is also Chairman of ECOWAS; Professor Alpha Conde of Guinea; President George Manneh Weah of Liberia; President Adama Barrow of The Gambia; Nuno Gomes Nabiam, the Prime Minister of Guinea Bissau; Vice President Professor Yemi Osinbajo of the Federal Republic of Nigeria and other representatives of Heads of State.

After they observed a minute of silence in honour of Idriss Deby Itno, the late former President of Chad who died recently, President Bio officially welcomed his colleague Heads of State on behalf of the Government and people of the Republic of Sierra Leone to the commemoration of the country’s 60th Independence Anniversary.

“Your presence here, even as the world is battling the COVID-19 pandemic, is a demonstration of profound solidarity. For that and more you have consistently demonstrated, we are immensely grateful for your kindness,” he said, adding that countries in the sub-region were tied together by geography, a common history, shared values, shared interests and a common future.

“We face similar peace and security threats and we must stay collectively vigilant in protecting our common homestead. We share other common threats. Climate change and fragile ecosystems threaten biodiversity and food security in the sub-region. A burgeoning youth population is a threat insofar as irregular migration, crime, drug trafficking, and threats of a restive and marginalised population are concerned,” he said.

He said the country saw a growing youth population as an opportunity, hence his government’s investment in human capital development – quality education and skills development, quality healthcare services, and food security, adding that Sierra Leone identified with the inclusive and sustainable development focus of ECOWAS’ Vision 2050.

While delivering a goodwill message from his colleagues, President Akufo-Addo expressed appreciation to the government and people of Sierra Leone for the reception they had, noting that they were indeed honoured to grace the country’s 60th Independence Anniversary.

He confirmed that in the face of human challenges, no West African country was showing resilience like Sierra Leone had, from overcoming the civil war, to dealing with Ebola, mudslide and managing the ongoing Coronavirus pandemic in the world.

“On this 60th Independence Anniversary of Sierra Leone, I wish all of you can come together to build a new Sierra Leone,” he urged, and further admonished Sierra Leoneans to work hard toward peace, progress and the development of the country. 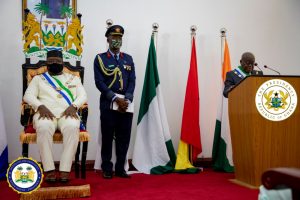 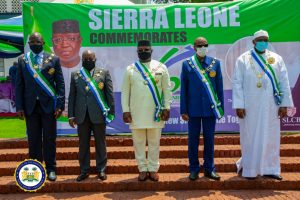 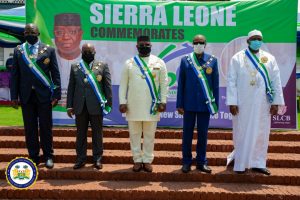 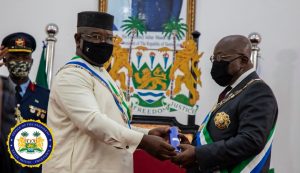 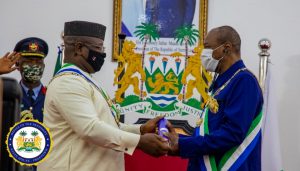 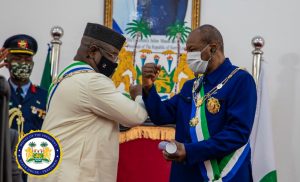 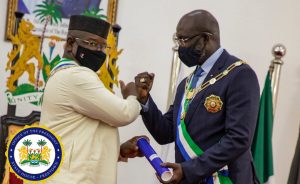 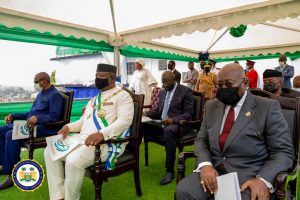 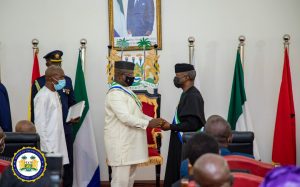 Famara’s Story Is Not Only Amazing But Is Also Incredibly Inspiring!!! (Previous Post)
(Next Post) Afrinity Production Top 5 Movies Of The Week
Previous Image