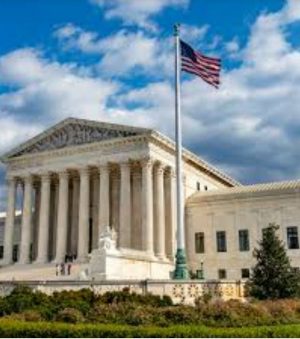 The Supreme Court on Tuesday is set to consider arguments over whether a U.S. law infringe constitutional free speech rights by requiring overseas associates of American-based nonprofit groups that seek federal funding for HIV/AIDS assistance to explicitly adopt a bearing against prostitution and sex trafficking.

“The case is the second in which the nine justices will hear arguments by teleconference following Monday’s debut of the call-in format prompted by the coronavirus pandemic in a trademark dispute involving hotel reservation website Booking.com.“

President Donald Trump’s administration is alluring a 2018 ruling by the New York-based 2nd U.S. Circuit Court of Appeals in favor of non-profit organizations that declined a provision of the 2003 law as a violation of the U.S. Constitution’s First Amendment.

Organizations including the Alliance for Open Society International, Pathfinder International, InterAction and the Global Health Council challenged the constitutionality of the measure.

The Trump administration claimed that foreign entities like those associated with the nonprofits do not have free speech rights that can be put forward in U.S. courts and that the rights of the American groups therefore were not tampered with.

“The law, enacted under Republican former President George W. Bush, intended to bar funding for organizations that operate programs overseas but do not have a blanket policy opposing prostitution and sex trafficking. The United States has spent billions of dollars to fight HIV/AIDS overseas.”