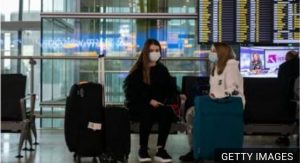 Blanket limitations non-essential overseas travel will be eased in the UK from 6 July, ministers have said.

The traveler’s are expected to be allowed to travel to limited European countries without having to spend 14 days in quarantine when they return.

They are thought to include Spain, France, Greece, Italy, the Netherlands, Finland, Belgium, Turkey, Germany and Norway – but not Portugal or Sweden.

The full list of travel corridors with the UK will be published next week.

A government spokesman said the new rules would give people “the opportunity for a summer holiday abroad” while also boosting the UK economy – but stressed the relaxation depended on risks staying low.

The travel sector has gone to war with the government over its blanket quarantine policy.

So a more nuanced, risk-based approach will quieten the critics to some extent.

But the storm of controversy swirling around this policy won’t completely go away.