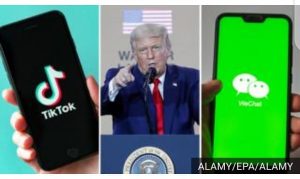 BBC said, TikTok is threatening legal action against the US after their president Donald Trump act on firms to stop doing business with the Chinese app within 45 days. (Previous Post)
(Next Post) US election 2020: Trump says Democrats candidate Joe Biden will ‘hurt God’ if Elected
Previous Image