'We betrayed' the Kurds

US troops express anger at Trump’s Syria policy: ‘We betrayed’ the Kurds 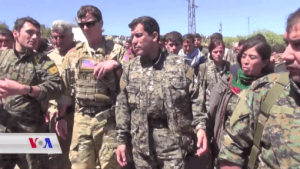 Several US military and defense officials, including personnel deployed to Syria, expressed dismay at how the Trump administration has handled the situation.
One US official said it is well known that some senior US military officials are livid at how the Kurds have been treated given their role in helping the US fight ISIS.
Another senior American defense official told CNN that Trump’s failure to more forcefully oppose the invasion or do anything to stop the attacks on the Kurds meant Trump had given Turkey a green light, despite the administration’s public stance that it had consistently opposed the operation.
The Kurdish-led Syrian Democratic Forces “are fighting a force that intends to eliminate their people because we green lighted their operation,” a senior US defense official told CNN referring to the Turkish operation.
Another US military official involved in operations in Syria said he was “ashamed” of his country’s actions with regards to the Kurdish-led Syrian Democratic Forces, saying the US had failed to defend its one-time ally in the fight against ISIS.