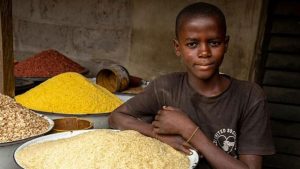 The Minister of Finance, Mrs. Zainab Ahmed, says the International Monetary Fund supports Nigeria’s closure of its land borders because it understands that the action is not punitive.

Addressing newsmen in Washington on Sunday, Ahmed explained that the measure was intended to restore Nigeria’s relationship with its neighbors, based on commitments made.

She said that President Muhammadu Buhari did not want to approve the closure because he was mindful of the adverse effect it would have on the economies of neighbors.

According to her, there were several engagements between Nigeria and the neighbouring countries toward securing compliance to the rules, “but things got worse”.

“Of course, there will be economic impact on the side of our neighbours due to the border closure, that is a consequence of it.

“In a manner of speaking, IMF supports the border closure that we have done because they understand that the closure was not meant to be punitive.

“It was meant for us to restore our relationship with our neighbours back to the commitments that we made.

“The commitment that we have among these countries is that goods can come through their ports to Nigeria.

“They are supposed to come in sealed containers escorted to Nigeria for the Nigeria Customs Service to inspect the goods and charge them.

“But that is not what is happening. They allow containers to be opened, and also allow goods to be smuggled beyond the formal borders through several illegal routes,’’ she fumed.

The minister reiterated that Nigeria would ensure that rules were obeyed now that it had committed itself to the African Continental Free Trade Area,“ otherwise local industries will suffer.”

She said that a lot of discussions were ongoing between Nigeria and the affected countries toward securing their re-commitment to the rules governing cross-border trade.