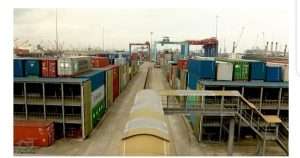 Afrinity Production discloses to you on the demand for goods and services from China drastically on it’s increase as the Asian country tops the list of import trading partners by 31.41% in the second quarter of 2020, the latest data from Nigeria’s statistics agency shows.

It is a different tale for export items as the total goods which left the shores of Nigeria dropped by 45.64% in Q2, lower than the 51.73% recorded in the corresponding year.

Posted in Featured News | Comments Off on China Is Nigeria’s Highest Import Partner, Total Trade At N6.2bn In Q2 – NBS