If you’re looking around to compare yourself with the guy you are about to read about, you will win. 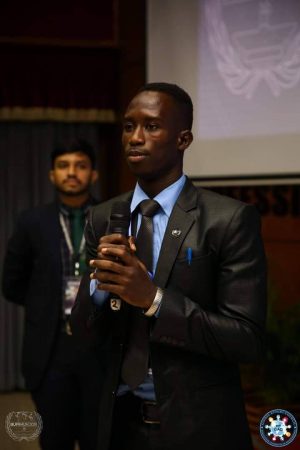 Afrinity Production draw attention to one of the self made young stars, the recently awardee of the most influential youth in Africa, Basiru Jaye, a 24 year old young Gambian who was studying at the Islamic University of Technology in the domain of Computer Science and Engineering in Bangladesh. He is also a third year Student at the University of The Gambia Majoring Computer Science and Minor in French. He is a young diplomat who has been representing the Gambia in higher platform Like United Nations and Organization of Islamic Cooperation(OIC) and The Gambia Scout Association(TGSA) both national and international levels. He is a motivational speaker and the Founder of the renowned BJ Academy. 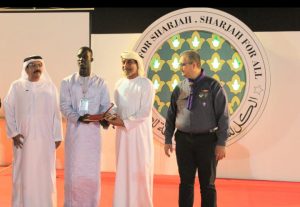 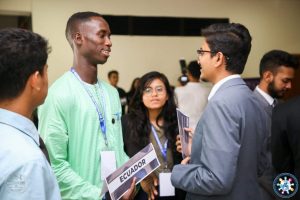 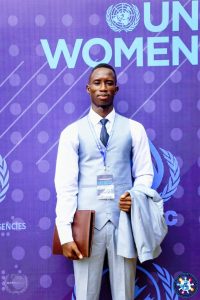 Equally, Basiru Jaye is an athlete and is currently at the national team of the Gambia Cricket.

He was born and brought up in Banjul and he was a French student with no background of English, he entered English education at grade 7 and nailed all his exams. He can speak both English and French fluently.

He represented the Gambia in Nigeria, Ghana, South Africa, Dubai, Sharjah and Bangladesh and came back home with lots of laurels. He also visited countries like Qatar, Morocco and Turkey. 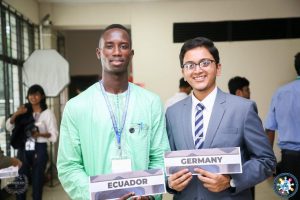 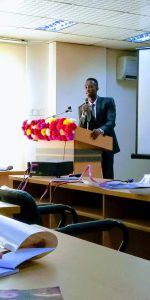 The young man was privileged to become the French translator to the King of Sharjah Sheikh Sultan Bin Qasimi in the international Youth gathering (Sharjah for All; All for Sharjah) which gathered 94 countries in Sharjah, UAE.

Basiru have been volunteering for 11 years now. To his own perspective everyone is an activist in his/her own way because as humans we are always confronted with problems and those problems are meant to be solved. So solving those problems at first place you as an activism.

However, being an activist for him is not easy as people think because it has come with the notion of balancing sentiments with the realities of life. “You must be truthfully anchored and bold by having the soul to balance between conflicting needs and priorities.”

“Moreover, as an activist you have to be consistent and specialized in one or two things. You can’t be everywhere as we are seeing now. You have to believe and be truthful in what you are fighting for not for people to praise you. As it is said by Brian Tracy “when you love your job it interests you, fascinates you and and attracts you”.

“Finally, it not easy to be an activist because you are fighting with the opposing side who are called perpetrators to emancipate the oppressed ones. So one should expect all punches and blow figuratively”,he said.

Basiru is indeed a multitasking and multi-talented young man who somehow self employed and works on small contracts.

Jaye worked with Global Education Centre in 2016 to 2017, he worked with different institutions on partly contracts like national Youth Council. He also worked with the Banjul City Council on different Projects. Now, he is studying. Recently, he got a 3 years job mission in South Korea because of his bilingual but he turned it down to complete his current BSc first.

Basiru is much more into humanitarian fighting for the oppressed but what he hate most about it is those you are fighting for at times put you in a funny situation. “For instance the oppressed receiving bribes from the perpetrators etc. I respect humanity to the extent of even account myself for my actions.
At times also, you will want to help someone in need but if I can’t it usually pains me a lot because I am so empathetic,” he briefly said.

The Young man look up to his uncle Sheikh Tijan Bah Deputy Permanent Secretary in the Ministry of Environment, his mom the lord Mayor of Banjul Rohey Malick Lowe and his big sister Fatou Jeng who is a very vibrant Youth In the Gambia and equally in the international medium

His professional goal is to have a PhD in Public Policy and Management.

Jaye cannot do without Education and Helping people.

Posted in Featured News | Comments Off on If you’re looking around to compare yourself with the guy you are about to read about, you will win.