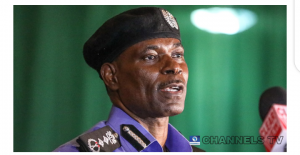 Afrinity Production draw attention to the setting up of Special Weapons and Tactics (SWAT) by Inspector-General of Police in Nigeria, Mohammed Adamu, to replace the disbanded Special Anti-Robbery Unit (SARS).

Force Spokesperson, Frank Mba, disclosed this in a statement on Tuesday.

According to the statement, prospective members of the new team are expected to undergo a psychological and medical examination to ascertain their fitness and eligibility for the new assignment.

According to our source, the IGP in Nigeria has also ordered all personnel of the disbanded SARS to report to the Force headquarters in Abuja for debriefing, psychological and medical examination.

While a time-frame for the medical evaluation has not been disclosed, the IGP was quoted to have said that the officers are expected to undergo the process as a prelude to further training and reorientation before being redeployed into mainstream policing duties.

Posted in Featured News | Comments Off on IGP Sets Up New Unit, SWAT To Replace SARS

At least 12 people killed in southern India as rains cause widespread flooding (Previous Post)
(Next Post) Take A Fascinating Trip Through The Life Of Babah Njie.
Previous Image