Take A Fascinating Trip Through The Life Of Babah Njie. 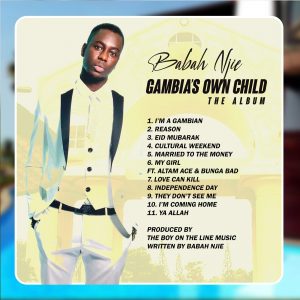 Afrinity Production draw cognizance to BABUCARR NJIE commonly known as Babah Njie, a 28 year old England based Gambian Rapper, Singer, Song writer and Music Director. He is a Graduate of Nusrat senior Secondary school, Studied Foundation In Accounting (FIA) in MDI, and Work as a Sales Representative for ELAC Gambia before joining his Family in UK in 2014.

Babah’s story is one of the most inspiring in music right now. His Albulm is really trending and am sure if it was a concert, he will have received a standing ovation before even playing a note, creating a moment that Gambian music scene will never forget: “Tears will be falling down people’s faces.” 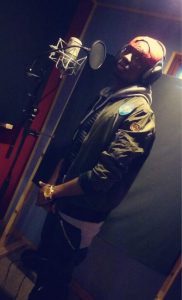 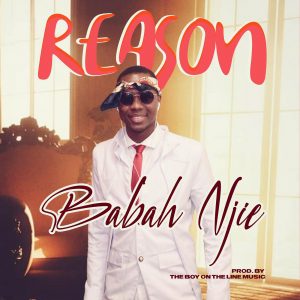 He have been singing and dancing since he was a kid and also writing songs, stories, poems and love articles since junior school. He recorded his first single in 2012 and have been in the music industry ever since. He finds composing music incredibly liberating and anything’s possible to be related as he note down his lyrics. It’s exciting and always captivating for him.

From growing up in Talinding to being driven into music by his self-made passion, there is something below that everyone can relate to.

The Young Gambian singer Officially released An Album consisting of 15 tracks and all produce by himself Under the Alias THE BOY ON THE LONE MUSIC, which is his own production company and being the Main Artist as well as featuring few other artist.

Babah have worked with ALTAM ACE who is also a UK base Gambian Artist, STYLZZ the producer one of the award winning producers in Gambia and BUNGA BAD a Spainish Gambian Artist. 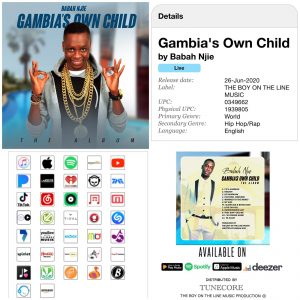 “I love music from a young age, singing and street dancing as a teenager and before studying and having a Certificate in music from Sandwell college I have always been going to studio recording and writing songs
Since 2012. So music is generally a part of me,” he said.

Adding to his intrigue, his real life inspiration has always been Michael Jackson and Tupac. Growing up, he love to sing and dance like Michael Jackson and he would watch every music video and every documentary about him. His passion for music, love and dedication to heal the world has been his biggest inspiration. However, Tupac has been the greatest inspiration he had since he started rapping, listening to him is the reason that everything he write comes from a real place. Music gives him confidence and it helps him express himself significantly.

Babah recently Realised his very first Album, Dedicated to his country The Gambia.
The Album is called “GAMBIA’S OWN CHILD” and is now available on every major platform worldwide.

Is a 15 track Album Inspired by the love he have for his country. This Album is an expression of The Gambian Culture, Religion, History, Peace and Unity and the love and fun Gambia has to offer.

“I am happy, proud and so grateful for all the love and praises I received since releasing the Album, The love is unquestionable. My sales and streams online keep going up daily and couldn’t be more proud. I am glad that I feel blessed with the opportunity to make my people happy when they listen to my songs, This is just the beginning but I am forever grateful,” he happily said.

Babah wants to be as good and consistent in music as his Star Chris Brown.

His professional goal is to make sure his songs can inspire Gambians so much, so that they can change the world together. That is to become the best Gambian Artist of All time.

Posted in Featured News | Comments Off on Take A Fascinating Trip Through The Life Of Babah Njie.