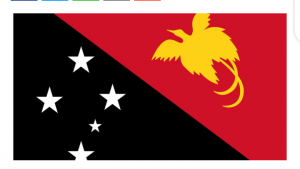 Afrinity Production draw attention to the shooting of a young man on Wednesday in central Guinean city shaken by clashes since the prime minister visited the city a day before the campaigning for President Alpha Conde’s re-election.

Security forces on Wednesday shot and killed Habib Petel Diallo, 20, during a protest in the city of Dalaba against the premier’s visit, the man’s brother Lamine Diallo said to Channels.

A police officer who asked not to be named said the young man had died with a shot to the head.

Guinean authorities have not officially confirmed the death.

The latest incident in Dalaba follows dozens of deaths in previously anti-government protests, during demonstrations against a third presidential term for Alpha Conde since October last year.

The 82-year-old president has pushed through a new constitution in March that allowed him to reset the two-term presidential limit to zero, and run again in the October 18 election.

INDEPENDENCE DAY ADDRESS BY HIS EXCELLENCY, MUHAMMADU BUHARI, PRESIDENT OF THE FEDERAL REPUBLIC OF NIGERIA ON THE OCCASION OF NIGERIA’S SIXTIETH INDEPENDENCE (Previous Post)
(Next Post) America is cracking up, the first presidential debate proved it
Previous Image