Marie Jeng Is A Rare Gem. 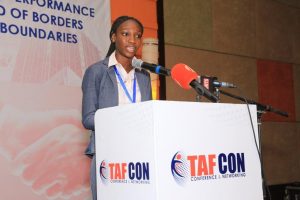 Afrinity Production draw cognizance to Marie Jeng, a 22 year old Gambian Activist born and raised in London corner and recently completed her Bachelor’s degree in law at the University of the Gambia. She is an activist, very fierce and passionate for the cause and has held a lot of leadership positions.

She has been advocating for the rights and welfare of women and children in the Gambia for years now.

Growing up in London corner where she sees youth involving in drugs, theft and rebellious activities gives her the passion to support through activism. It is also a community where young girls go through FGM , where their potentials are limited and with people believing girls are meant to be in the kitchen. This is one of the reasons that compelled her to do something. 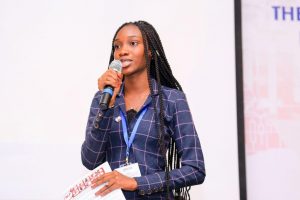 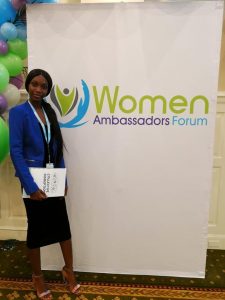 “I cannot Just sit down by doing nothing, because I believe in the potentials and capabilities of young girls and women. And I know we can be anything we want to be once we put our minds to it, “, she said.

Marie has been Volunteering for organisations since 2011 that was when she first became a member of the Young People In The Media.

Jeng said being an activist in the Gambia for girls can be hard sometimes due to the fights you have to undergo. Some even go the extra miles just to see you fail, is all based on how you react to the bullies and this kind of situations. “And I tend to handle them very well, so I won’t say it is tough, I will just say it can be very challenging,” she said.

The Young Gambian Activist have worked with Young People In The Media, Safe Hands For Girls, The Pan African Female Youth Leaders The Gambia Chapter and currently working with Woman Boss. She is also into entrepreneurship, as the proprietress of Tee’s hosting Services, along side volunteering for two other organizations and mentoring young people in various communities. 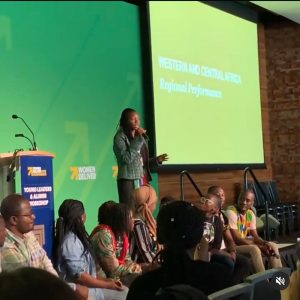 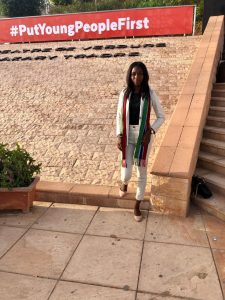 Marie Jeng is inspired by; Jaha Dukureh a victim of Child Marriage and FGM who despite the odds, stays stronger to fight for the rights of other women and girls. Jaha is today one of well known Gambian Activist internationally. For Marie Jeng, she is a true definition of strength and she digs into that really well.

She looks up to her mother for her strength and Maria Saine who inspired her due to her leadership and humanitarian skills and also for being an exceptional young woman. ” I also admire and look up to Michelle Obama, for her strength and willingness to fight for the right of women globally,” lamented.

Professionally, Marie Jeng’s goal is to one day start her line of businesses that will build something greater for the youth in The Gambia. “This businesses will generate a lot of money and I will dedicate a portion of the profit that I make towards the development of young people,” she said.

Marie have her own foundation call “The London girls club” which aims at providing girls with important trainings and learning materials to help them in becoming greater assets to the community.

“I am not defined by what people think of me, I am mostly defined by my strength and ablitity to conquer,” she concluded

Posted in Featured News | Comments Off on Marie Jeng Is A Rare Gem.