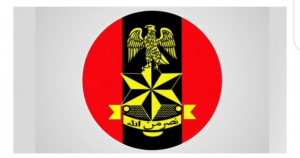 Afrinity Production draw attention to the insisting of Nigerian Army that soldiers did not shoot at protesters at the Lekki Toll Gate area of Lagos State.

Although they admitted that soldiers were deployed to ‘restore normalcy’ in the area, the Acting Deputy Director, 81 Division, Army Public Relations, Osoba Olaniyi in a statement described reports of a massacre by the officers as “untrue, unfounded, and aimed at causing anarchy in the country”.

Olaniyi also stated that the decision to involve the military was taken by the Lagos State Government after a 24-hour curfew was imposed.

Although videos that later surfaced online showed men in military uniform firing the gunshots, the military immediately debunked the allegations, labelling them as ‘fake news’.

According to the state government, investigations are currently ongoing, with a panel of judicial inquiry and restitution already commencing sittings.

At least 25 people killed and dozens wounded in attack on eastern Azerbaijan, as clash over Nagorno-Karabakh intensifies. (Previous Post)
(Next Post) Fatou S. Bojang is one of Gambia’s favorite Actresses.
Previous Image