‘Payment of teachers should be safeguard’ 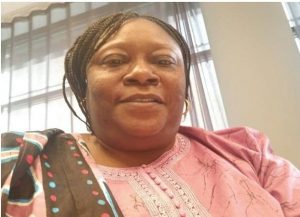 Marie Antoinette Corr-Jack, the Secretary General of the Gambia Teachers’ Union (GTU), has said that payment of teachers should be safeguarded.
Madam Corr-Jack made these disclos lately during a press release put forwaby the Union’s board.

“The salaries, terms and conditions of teachers and education support personnel at all levels should be protected at all times during and after the covid-19 crisis”, said the union, which added that teachers must be rewarded as usual during closure periods.

*The union further called on government to ensure the provision of psychosocial support, including counseling services offered to all affected students, teachers and education support personnel in order to ensure their well-being as the trauma associated with Covid-19 can be devastating to students and educators who lost loved ones.*

The union went on to appeal government to assist private schools badly hit by the pandemic, saying they are at the apex of total collapse without government’s support or bail out.

Additionally, the union call out to the ministries of health and education come together to build and communicate well-defined time line to the resuming of schools.

*It said as a union there are lots of things they are doing in collaboration with the Ministry of Education which they hope will bear positive fruits soon enough.
It also called on education authorities to ensure regular and timely information and updates to all employees in the sector aiming to minimize uncertainty and related stress and anxiety.*

A UNESCO findings have shown a disastrous impact of over 1.5 billion students being affected due to school closures in 165 countries as of March 26th 2020.

This is not less than 87% of all registered students, over 63 million teachers with a giant number of education support personnel also being highly-flown by the pandemic.

Stating these unusual developments, and as such the union said the virus has become an educational catastrophe.

Posted in Featured News | Comments Off on ‘Payment of teachers should be safeguard’
Tags: Gambia news, Teacher's Salary