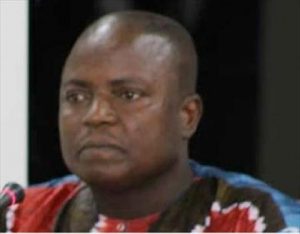 Ensa Mendy, the second prosecution witness in the murder case involving Yankuba Touray, on Thursday told the High Court in Banjul before Justice Ebrima Jaiteh that it was rumoured that Koro Ceesay was killed in Yankuba Touray’s residence.

He was continuing his evidence-in-chief, being led by the state counsel, A.M. Yusuf. Defense Counsel Sissoho announced his representation for Yankuba Touray.

At the resumption of the case, A.M. Yusuf asked the witness to continue from where he stopped. He told the court that when they returned from the beach side, he went inside the compound of the accused, adding that the accused was coming from his living room and passed him, and later opened his bedroom door and closed it.

He informed the court that the bedroom door of the accused and his living room are opposite, noting that the house was wet with water. He revealed that he proceeded to the living room and all was muddy with water. He testified further that he went back to his residence and prepared himself, adding that he had his bath.

At this juncture, A.M. Yusuf asked him at what time he was asked to go back to the residence of the accused.

In response, he stated that it was between 1 a.m. and 2 a.m. He adduced that whenever they were on duties at the residence of the accused, it was his duty to know the guard commander in case of any emergency.

He stated that he knows Lamin Bojang, adding that they attended the same school and they are residents of Brikama.  He said that they joined the National Army at the same time, adducing further that he did not go with Jangom and Lamin Bojang to the beach.

He informed the court that Ousman Koro Ceesay was the Minister of Finance.  A.M. Yusuf, at this juncture, asked him what Chairman Jammeh’s position was at the time he was travelling out of the country. He replied that he was the Chairman of AFPRC and the head of state.

“Was it part of your scheduled duty as a bodyguard of the accused to be deployed at the beach to patrol?” the state counsel asked him. He answered in the negative.

“Apart from that particular assignment, were you ever instructed by the accused during the period you served as his bodyguard?” A.M. Yusuf wanted to know. The witness answered in the negative.

“I was given arms to protect the accused and at the same time, I was his orderly. It was Basiru Barrow who told me that I am the personal bodyguard to the accused,” Mr. Mendy told the court.

The case was subsequently adjourned to the 4th November, 2019, for the defense counsel to continue the cross-examination of the witness.