Trump Administration Will Redirect $62 Million Owed to the W.H.O. 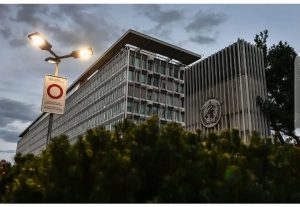 Most of the redirected money will go to children’s immunization and influenza surveillance, officials said. But the United States Agency for International Development will continue with plans to give $68 million to the W.H.O. to support its work in Libya and Syria, and on polio eradication in Pakistan and Afghanistan.

American government employees working as technical advisers to the W.H.O. will be withdrawn, the officials said.

The W.H.O. declined to comment, other than to refer reporters to statements made when the administration announced its intent to withdraw. At the time, Tedros Adhanom Ghebreyesus, the director-general of the W.H.O., said the agency “regretted” Mr. Trump’s decision. “The United States of America has been a longstanding and generous friend to the W.H.O., and we hope it will continue to be so,” he said.

On July 7, the Trump administration formally notified António Guterres, secretary-general of the United Nations, that the United States would withdraw from the W.H.O. on July 6, 2021.

Posted in Featured News | Comments Off on Trump Administration Will Redirect $62 Million Owed to the W.H.O.