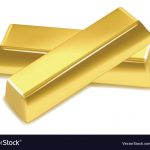 On Wednesday 27 September, 2019, Gambian Police arrested one Maimuna Bojang of Sanchaba Medina and Seedy Trawally of Kerr Serigne. The arrest is as a result of them illegally possessing fake golds worth D14, 280, 00, The point newspaper reports. They were arrested at Senegambia around 11a.m and under dentention at the Police Headquarter in Banjul as the police continue to investigate into the matter.

A source who is familiar with the matter reported that the suspects wanted to sell the fake gold to one Nkere Fofana Crazneit, a male Gabonese national, at the tune of $280, 000 U.S. dollars which amounts to D14, 280, 000.

Sources at the GPF who spoke on the condition of anonymity said the two suspects on that fateful day decided to meet with the Gabonese man at around eight to nine in the morning with five grams of real gold in order to convince him (Gabonese), pretending that they had another 10 kilos of real gold.

“The Gabonese became suspicious and decided to inform the police about the development. When the suspects arrived for the second time at around 11 a.m., they entered the room of the Gabonese who alerted the police for their arrest. In fact, I can tell you that they were with a fake receipt too and wanted to extort $280, 000 U.S. dollar from the man. They were later escorted to their various houses respectively,” our source added.

At Maimuna Bojang’s house, our source explained, a marathon search was conducted and the police discovered in her bedroom seven kilos of fake gold, four pieces of gold, with each equivalent to five kilos, fake gold dust which is about five kilos and also a gold weighing machine among others. “Nothing was found at Trawally’s house after a search was conducted by the police.”

“The police are investigating the matter in order to know the source of the fake gold and some of the people have been involved in the scam. The amount of fake gold discovered from Maimuna Bojang is about 50 kilos of fake gold.”

In a separate but related issue, our reporter has been reliably informed that the first accused person Maimuna Bojang and one Alhagie Abubacarr Bah, defrauded a Gambian businessman.

“The two also pretend that they had original gold and told the Gambian businessman that they wanted to sell it to him. The man accepted not knowing that the gold was faked. They took almost 1.4M dalasis from him. The matter was reported to the police and the case was under investigation.”

Point reporter who has been investigating the matter for the past five days was also able to have copies of the receipt about the $280, 000, certificate of analysis and other document containing the logo of Guinea Bissau government.

Point reporter during his investigation was also able to establish that Seedy Trawally was staying in Guinea Bissau. “He was called by the first accused person, Maimuna Bojang, to come to the country as they were to engage in some business transaction in the country. Trawally come through Senegal and then The Gambia.”

The police spokesperson ASP Lamin Njie told The Point that he was not aware of any such development. He, however, promised to share any available information as regards to the matter.

Posted in Featured News | Comments Off on Police arrest 2 with fake gold worth over D14m
Tags: Crime and Fraud, Gambia news