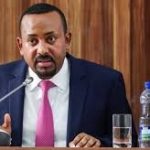 Ethiopia continues to struggle with inter-ethnic clashes, with the latest round of violence between regional special forces and a minority ethnic group killing at least 20 people in the past five days in the northern state of Amhara.

The clashes are another headache for Prime Minister Abiy Ahmed, whose political and economic reforms in what was once one of Africa’s most repressive nations have also emboldened powerful strongmen building ethnic power bases.

Amhara, Ethiopia’s second-most populous province, has been a flash point for tensions following violence that killed dozens of people, including the region’s president, in June. The federal government described that violence as a coup led by a rogue state militia leader.

The latest clashes erupted last Friday, when armed men killed 10 people when they ambushed a minibus travelling to the city of Gondar in northern Amhara, Desalegn Chane, president of the new National Movement of Amhara (NAMA) party, told Reuters by phone.

The next day, 12 soldiers were killed when two convoys transporting Amhara special forces were also attacked, he said.