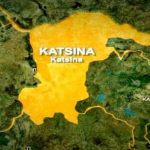 Bandits have killed at least 15 farmers at Yar Gamji village in Batsari Local Government Area of Katsina State in Nigeria.

Inhabitants in the affected community discloses to Channels Television that the victims were killed while working on their various farmlands around 10: am on Monday.

When contacted, the Police Public Relations Officer in the state, Gambo Isah, said, “It’s true that 15 people were killed in an attack in their various farmlands far away from Yar Gamji.”

He further make known that the bandits numbering over 200 came on motorcycles armed with AK-47 rifles, adding that they pursued the farmers to the forest, shooting and killing them.

“The bandits numbering over 200 came on motorcycles armed with AK 47 rifles pursuing them (the farmers) even to the forest, shooting and killing them.

“A mop up after revealed the 15 corpses. At present, our people are on ground and I am expecting a detailed report on their confrontation with the bandits,” he added.