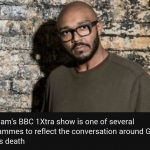 BBC Radio 1Xtra also host series of conversations and debates in support of the black community, with song choices that reflect black pride and recognition.

Many record labels and music stars have stopped work to observe the initiative. And the observation have been posted on social media with the #blackouttuesday by not less than 4 million people.

The gesture has been recreated on other channels including VH1 and Comedy Central, while 4 Music will pause its output once an hour all through the day.

There have also been significants of mirroring on BBC Radio 1 and Radio 2, while commercial radio stations including Kiss, Magic and Absolute Radio are observing a social media blackout “to show that racism of any kind cannot be tolerated”.