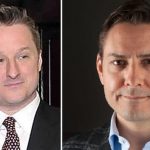 China has charged two Canadians with spying, not less than 18 months after they were set back.

Michael Kovrig, a former diplomat, and Michael Spavor, a businessman, have been taken into custody since December 2018.

Their detention came just days after Meng Wanzhou – an executive of the Chinese giant Huawei – was detained in Vancouver, at the appeal of the US.

Canada called the arrests “arbitrary”, but China denies they were retaliation for Ms Meng’s detention.

Both men have been charged with “spying on national secrets” and providing intelligence for “outside entities”.

China’s court system is completely controlled by the Communist Party and has an almost 100% conviction rate once defendants are charged, notes the BBC’s Stephen McDonell in Beijing.