Dozens injured in the violence of Niamina 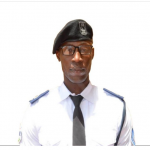 “We can confirm the communal dispute between Niamina Sambang Fula Kunda and Mandinka Kunda on 11th August 2020. The incident resulted in 22 injuries from both sides including a woman and three compounds in Fula Kunda were burnt,” police spokesman Superintendent Lamin Njie said.

He said a team of security officers was placed to the ground to calm further escalation of the violence.
“Equally, an investigation is opened into the matter.”

Standard asked if any arrests have been made, PRO Njie reply to them that, the details of arrests have not reached his office so far, hence investigations to get all those involved continue.

Violence between the two CRR communities continues to flare up since communal tensions broke out over disputed rice fields in 2018.

According to media reports, the occurrence took place when a donkey from one of the rival communities entered into the farmland of others leading to confrontation.