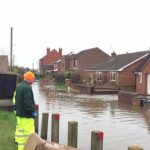 Residents in parts of East Yorkshire were evacuated from their homes overnight as flood water levels rose rapidly.

The flooding at East Cowick came as fields in the area, holding vast quantities of water from the River Aire, began to overtop.

The Environment Agency (EA) aims to do the work ahead of Storm Jorge, which is due to hit the country this weekend.

The EA said fields around East Cowick form part of the River Aire washlands, which are eight miles long and expected to store a vast amount of water.

“The tricky bit is more water has come down the Aire than was ever calculated so the washlands have overspilled into Snaith and East Cowick,” Frank De Planta, from the EA, said.

It comes after extensive flooding in Snaith on Thursday, when the EA warned the disruption could last for several days. 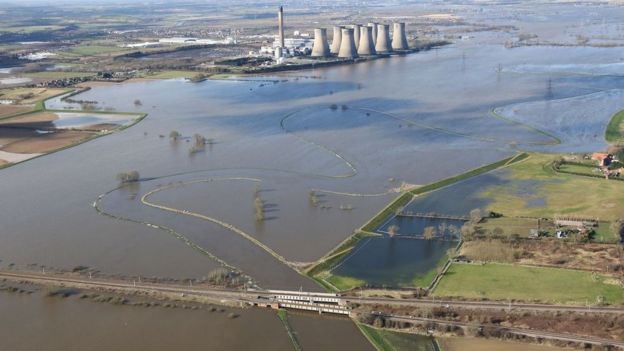 Mr De Planta said it was a matter of waiting for those washlands to empty back into the river.

“What we have to do now is wait for gravity to do its job – the only way the washlands will empty is when the River Aire is lower than those washlands,” he said.

Barry Worthington said he had decided to stay in his home in East Cowick.

“There’s people come from far and wide to help but it’s a losing battle at the moment.

“We will be staying, when its your life’s work, we will be stopping,” he said.

Another resident, Katie Clements, said they had tried digging tunnels to direct the water into fields.

“A couple of residents had pumps in their garages and brought them out and they seemed to work for a little time, so we thought we were winning,” she said.

“We didn’t get pumps brought from any agency until it was far too late.”

Insp Craig Syms, from Humberside Police, said the main objective overnight had been to persuade residents to leave and ensure vulnerable people were protected.

He praised villagers for the community spirit they had been showing.

“It has been absolutely fantastic. The people and morale of what I have seen in the village. People coming out helping, food supplies and people out all night.”

East Riding of Yorkshire Council said four tonnes of sand bags were used to try and stem the flow. 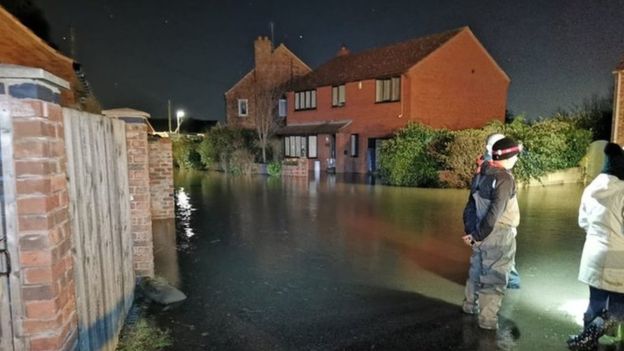 In the town of Snaith about 30 properties flooded on Thursday, but water levels there have stopped rising.

Schools in the area have been closed and a number of roads are shut or impassable due to flooding.

There are four flood warnings in place in the area and the Met Office has warned of further rain and strong winds over the weekend.

Ian Burnett, from the council, said: “The council is closely monitoring the weather as Storm Jorge is expected to bring heaving rain throughout the day which could result in further flooding.

“People who are at risk of flooding and have not evacuated their properties are urged to do so.”