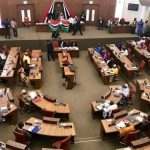 The Local Government Amendment Bill of 2020 has been send to the National Assembly Business Committee.

The Speaker of the National Assembly yesterday open the way for a parliamentary discussion on the advantages and otherwise of the Local Government Amendment Bill after a long resistance from some opposition law-makers to that effect.

The amendment bill was discreetly sponsored by the parliamentary representative for Lower Baddibu constituency, Alhagie Jawara, on July 2nd but it generated an harsh discussion on Monday when parliament could not find a common ground as whether to subject it to a debate or not.

Speaker Mariam Denton nevertheless ruled that the parliament proceed to anatomize it.

‘Supporters of the bill took turns to argue that it would empower local governments through enhanced service delivery, autonomy, accountability among others.’

‘Nominated Member Majanko Samusa argued that the discussion over the amendment bill should not protract even for an hour and accused its opponents of double-standards and devoid of faith.’

Majanko prompted the deputies of the past amendment, regarding age-limit (vice president) that was ‘collectively’ played by the Parliament.
‘For Nominated Member Samusa, this smacks of hypocrisy, self-centredness, parochial partisan interest and lack of faith.’

“It is a political suicide to say no to the bill because councillors are the grassroots. Rejecting this bill will cost you your political life. It is a big shame for anybody who voted for the independence of National Assembly Members to reject this bill,” he vociferously argued.