IS MODOU LAMIN MARONG THE NEXT GAMBIA FOOTBALL SAVIOR? 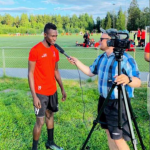 Afrinity Production today draw cognizance on Modou Lamin Marong, a Gambian Sweden based professional football player. He is 22 years old and started his football career since he was a kid.

Growing up in the Gambia and from a small village in Niumi Mayamba in the North Bank Region of the Country. Football has always been his passion since he was young. 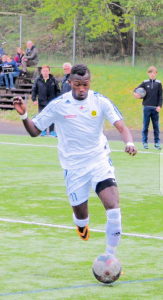 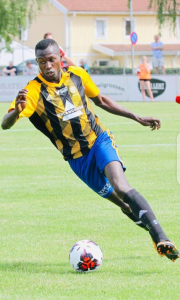 Lamin Marong played for football clubs like JONSERED IF in which he scored a total goal of 18 and 12 assist before playing for his present team ROBERTSFORS IK which he joined in less than a month and scored 2 goals.

Staying in Sweden for about 4 years, Marong has scores not less than 20 goals due to his unique skills, his pace, fastness and goal scoring ambitions. He made known of his experience in Sweden and how learning under different coaches has helped him.

Modou Lamin Marong has interviews with BBC and other well known Media houses as he plan further on how he want to take The Gambia to the world.

When ask about what his weakness is, Marong replied “My weakness in football is I hate loosing.”

He further said, “Yes football is My Dream. And I am living in my Dreams now”.