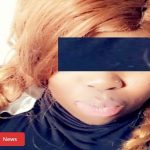 The Gambian diplomatic mission in Lebanon is working on sending at least 45 Gambians from the country, majority of whom are ladies.

According to Standard Newspaper. Gambia’s Consul General in Lebanon, Khalid Hammoud, discloses the mission he is currently undergoing in the verge of returning of the Gambians who escaped from captivity from their employers.

He make known that the escapees are without passport as they have left behind their passports with their employers.

Consul Hammoud discloses to Standard that he received a phone call from a Gambian call Amie but the communication wasn’t effective because, according to him, she was speaking in a low voice probably out of fear of being overheard by someone.

“I received a call from Amie the other evening but I could not communicate much with her because she said she could not communicate at that time. She said she could only talk later in the night when her owner would be asleep. But I am doing everything possible to locate her and as soon as this is done, I would liase with the immigration authorities to also locate her boss.”
Gambians living in Lebanon are also said to be doing their utmost to facilitate her return to Banjul.

“Currently, we have to issue consular cards for them to be freely moving around town without having any trouble until the day they return home when we will issue them with emergency passports,” he explained.

According to Standard, Gambians living in Lebanon are also said to be trying their level best in order to facilitate her return to Banjul.